If you’re looking to photograph fantastic natural wonders, consider heading to southern Utah. Home to five national parks (known as the “Mighty 5”) and numerous national monuments and state parks, Utah can fill your hard drive with hundreds of awe-inspiring images.

In this article, I’ll tell you the about the most accessible spots for photographs. Why lug your equipment through long steep hikes? I’ll cover the Escalante National Monument area, Bryce Canyon National Park and Zion National Park. Part one of this series covered Arches, Canyonlands, and Capitol Reef National Parks.

If you are heading west from the Capitol Reef, Arches, Canyonlands or Moab area, you’ll head through Escalante National Monument on your way to Bryce and Zion. You’ll pass through some noteworthy vistas. Pullouts abound and you can get great shots with little effort. The entire drive toward Bryce is quite scenic.

Devil’s Garden, off the Hole-in-the-Rock Road, is a beautiful area to capture unique rock formations. There are small hoodoos here, which are pinnacles of weathered rock. There aren’t really trails here; you can just walk around and snap photos of various rock outcroppings. But, it is a quick stop. In a half-hour, you can get quite a few photographs.

If you like petrified wood, the Escalante Petrified Forest State Park is worth a visit. A trail takes you to some excellent, colorful examples of petrified wood. While the trails starts out steep, it levels off and it doable with equipment. You’ll also get views over the lake.

About four miles before hitting the official town and entrance to the park, you’ll see Mossy Cave Trail. Avoid midday when the parking lot is congested. This is a short and relatively flat trail that will get you great looks at hoodoos and windows. This canyon is unique because it has water.

The main area of Bryce Canyon has a free shuttle that does not require reservations. It even stops outside of the park — great for people staying at Ruby’s campground or hotel. I recommend this so you don’t have to fight for parking spots at the most popular points in the park.

Inspiration Point is arguably the best spot for a photo. And, the shuttle drops you off right there. You have a small uphill climb if you want to get to the uppermost viewpoint. Otherwise, you’re already at the canyon rim and can look out over the largest grouping of hoodoos in the world.

From here, you can walk along the rim to Sunset and Sunrise Point for more great views. Sunset Point is also at a shuttle stop, while Sunrise Point requires a short walk from a shuttle stop. If you want to get down into the hoodoos to see some of the most famous formations, that requires hiking down. And while that’s easy, you have to come up eventually. It’s certainly a steep hike back, but well worth it.

While the entire point of this article is telling you about easy things to do with your equipment, you’ll probably feel the call of the hoodoos and end up venturing down for some photos. If you do just one trail, the Navajo Loop brings you to most of the notable formations and the Wall area, but there are switchbacks on the way up.

If you take the shuttle to its farthest stop at Bryce Point, you’ll get a much different type of view. If you are driving, you can get further into the park. Rainbow Point at the end of the park road offers a must-see photo opportunity from a large observation point.

Zion is one of the most visited national parks. As such, the park runs a shuttle system that requires reservations. Without reservations, you are cut off from access to some of the best parts of the park. Tickets are released on the 16th of each month for the first half of the following month, and on the last day of the month for the second half of the following month.

Zion has many steep and lengthy trails, but great photo opportunities still abound. Take the shuttle all the way to the end and walk the Riverwalk Trail. It’s a 2-mile round trip, but it’s very flat and extremely scenic. At the end of the Riverwalk, you hit the river. This is where people depart for the lengthy and exhilarating Narrows experience. But, you’ll find plenty of great photo opportunities without having to risk water damage. This trail is a great place to photograph hanging gardens and unique species like the Zion snail.

Another great trail leaves from the Zion Lodge, which is also a shuttle stop. Head to the Lower Emerald Pools. There are two other emerald pools, but the lower is the easiest (1.4-mile round trip) and mostly flat. I’d argue it has the best views of the three anyway. Get up close to a dual-stream waterfall. You’re able to get many angles for the photograph … the approach from the left, from behind and from the right.

If you are unable to get shuttle tickets, there are still two easy trails you can access from nearby parking lots. The Watchman Trail is a 2-mile round trip through the foothills. It’s great for cliff views, river scenes, and layered rock. If you’d like a longer trail that’s still flat, try the Pa’rus Trail. Lots of birds, deer, and river access points here.

If you’re lucky enough to secure a campground reservation in the park, you’ll have plenty of chances for wildlife photography. Mule deer abound and are quite curious. Also, staying the entire day gives you the chance to see the sunlight play on the rock faces. The colors of the rock seem to change throughout the day.

And don’t worry about the weather. I’ve seen it pour rain in the morning and be crisp, sunny, and clear in the afternoon. Enjoy your Utah experience! 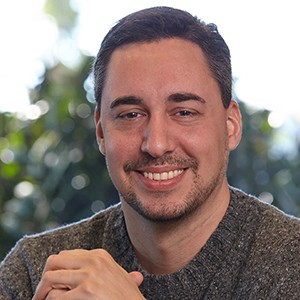 Thank you! It’s was interesting to read and saw nice photos, i never been there, m.b. in the future….

What to pack when traveling to remote locations

Over 80 hours of creativity and business training

Get access to all 80 Visual Storytelling Conference session recordings, plus free software and bonuses! Learn from the best creators in the field, and dive into your photography, video, business and social media skills.