How I Got the Shot: My First Studio Portrait Lesson

(Vanelli’s note: Michèle Grenier, a talented sports photographer based out of Quebec City, Canada, needed 75 hours of mentoring before she could complete her degree in photography. After meeting her at Photoshop World a year earlier, she called to ask me if I could be her mentor—I’m based out of the East Coast of Florida. Honored, I said yes and, when she arrived, we dove into a 13-hour day of learning and shooting. To help reinforce her learning, I asked her to gather her thoughts and write a few “How I Got the Shot:” articles. Here’s what she has to say:)

As an action sports shooter, I am 90% of the time outdoor or on location—usually very poorly lit gyms. I understand light well and I believe the worst conditions you have, the better you should understand it. With that being said, I got really excited when Vanelli offered to spend some time with me in his studio to review my lighting basics with pro models! Here’s what we’ve been up to this morning!

There are various parameters we can use to change exposure while using a strobe. Obviously the usual ones:

But what happens once we’ve set our f-Stop for the depth of field we want, we are at the fastest possible speed, our ISO is at its lowest and the flash is still too bright? We have two parameters left to play with:

We went through the four different lighting patterns so I could really understand the difference between them.

Of these patterns and styles, I liked how the Butterfly Lighting made Barbara look.

I told Vanelli I normally use Auto White Balance. It was a no-brainer and I knew I could easily edit it afterward if I’m not happy with the results. Before he could speak, his friend Michael Tapes—who was shadowing the shooting—spoke up and handed me this very convenient WhiBal pocket card. How ironic, I later learned he was the actual INVENTOR of this famous white balance reference card! Needless to say… he happily answered all the questions on the subject!

Once everything was all set, we started shooting. Interacting with a model sounds simple… but it’s not as easy as it looks! I am used to shooting people in a candid way. Sports subject are training or doing their regular stuff and I like to be “forgotten.” I’m not used to directing people and even less to tell them how to pose! Since Vanelli has the great experience and has a natural extroverted and caring personality, this seemed soooooo easy looking at him. But let me tell you, it’s actually pretty hard! I’m more of an introvert and I have no freakin’ idea where I want my model to put their hands. Lucky me, I had Barbara and Cree—two amazing models who knew exactly what to do in front of my camera. That led me to my final thought:

At the end of the day, I realized technical stuff was important, but connecting with people was even more so. I could—in the worse case—pull out a tolerable image with bad lighting. But when it comes to getting a great smile, there’s no way I could pull out a good image with a bad expression, even if the lighting is on point. I now know that I have to work twice as hard on my technical skills, but ten times more on directing a model!

For more “How I Got the Shot” articles, click here 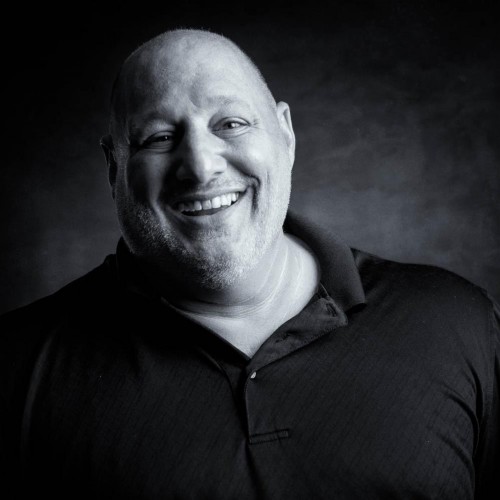 How to create your own smart studio lighting

While my office is also my studio, just like so many other photographers, I am in a unique situation. My office/studio lights have to be

Getting comfortable with studio lighting

I must confess that I do prefer to work with natural light for still life photography, even bad light can be beautiful. However, it is

NSFW: Working with models, the do’s and don’ts of implied, boudoir and nude photography

About a year ago I started trying out other genres of photography as a way to jump out of my nature photo comfort zone, reshape

7 Portrait Lighting Patterns and How to Achieve Them

For me, photography is all about light and having full control over that light. It is why I am obsessed with studio light. Being able

How I Got the Shot: The High Jump

Michèle Grenier, a talented sports photographer based out of Quebec City, Canada, needed 75 hours of mentoring before she could complete her degree in photography. I asked her to gather her thoughts and write this “How I Got the Shot: High Jump” article.

What is a Lighting Modifier?

In this video from Linkedin Learning, Vanelli explains what Light modifiers are and how to use them to alter or shape the light.