Ever since Skylum introduced Luminar Neo earlier this year, there’s been a lot of hype surrounding the new features. Now, for the first time, we’ve gotten a first look at some of the new technologies coming to Luminar Neo, set to be released this winter.

Below are my thoughts after using a very early tech preview build for a couple days. Note that this is still very much a preview of the product, and results might change before the official release. As a part of this early look, I was able to test three new technologies — RelightAI, Remove Dust Spots and Remove Powerlines.

Relight the foreground and background of your photos with ease, with RelightAI

We’ve all been there before. It’s a gorgeous day outside, but you might have a subject in a window, or a darker area where you can’t use a flash to brighten her. RelightAI makes it easy to fix this challenging issue in post-processing, by automatically recognizing the subject and allowing you to brighten or darken her. You can also brighten or darken the background if necessary.

For me, this was the most exciting part of the Luminar Neo release. As a person who photographs events, I often am not able to use a flash. I’ve had some tricky exposure situations, and so the potential of using RelightAI to fix these makes me really, really excited.

So how well does it work?

Upon first glance, it works pretty well. It let me brighten up my subject in mere seconds. 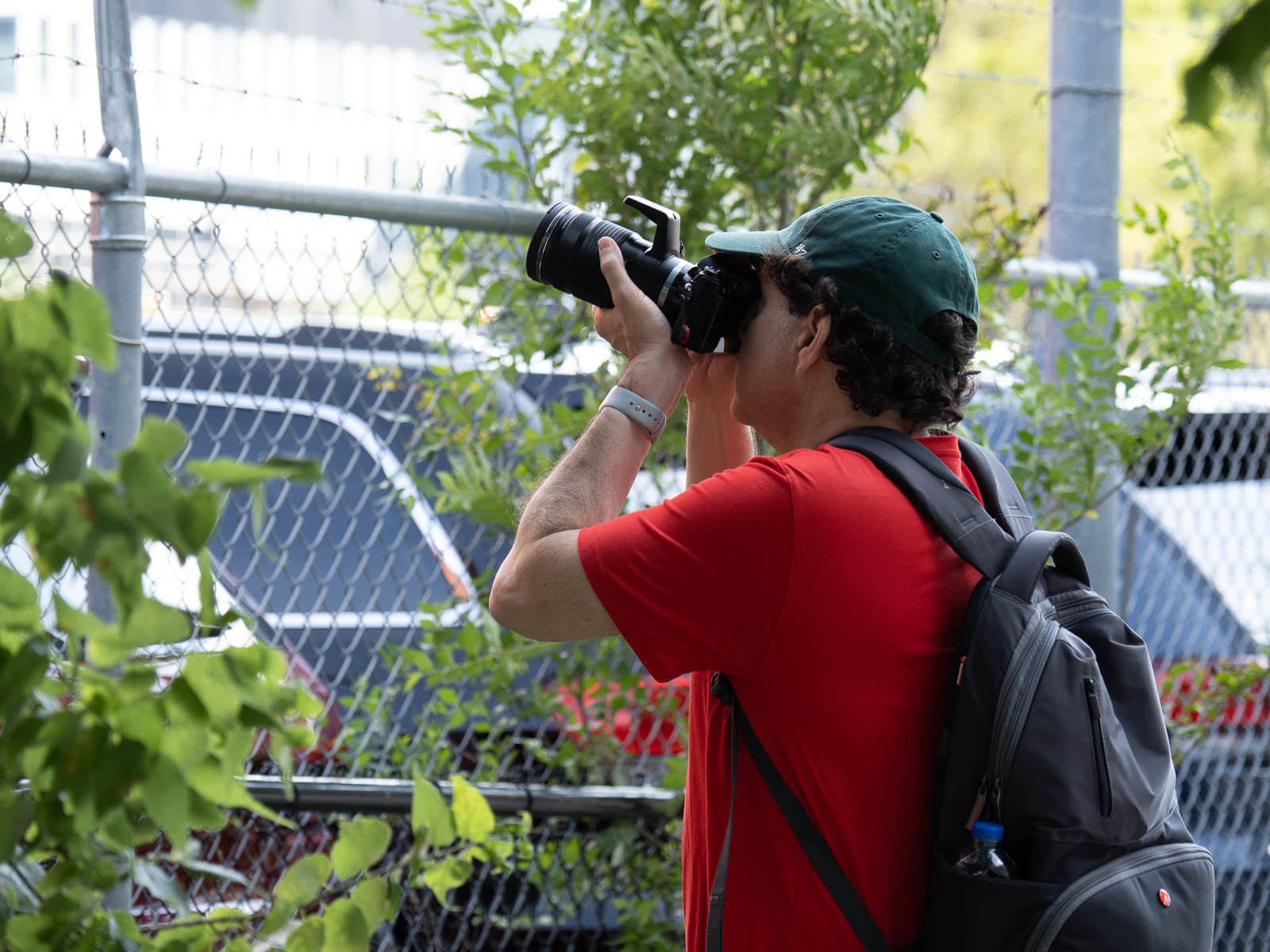 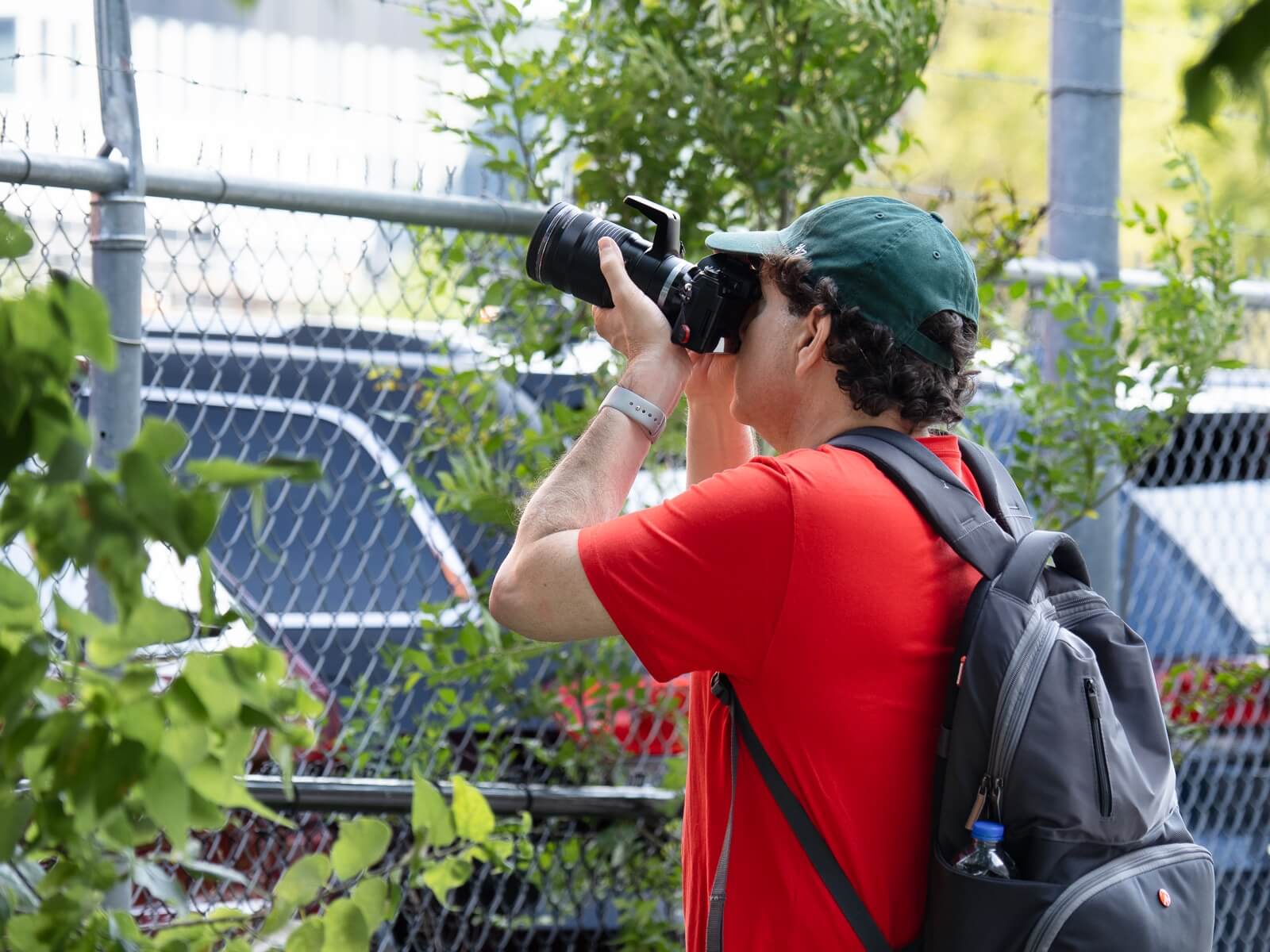 However, you might notice that the area between the subject’s arms was actually brightened. That gap — and the one under his chin — was recognized as being a part of him. You can see this more when I slid the sliders to the extreme, with Brightness Near at 100, and Brightness Far at -100.

And herein lies the biggest flaw with RelightAI — there’s no ability to edit the mask. You can’t erase or brush in portions where needed, like you can with Lightroom’s Select Subject mask.

In certain photos, however, it works great. Take this portrait, where my flash didn’t fire. It was able to brighten up not only my subject, but also the background slightly (which is a separate slider. 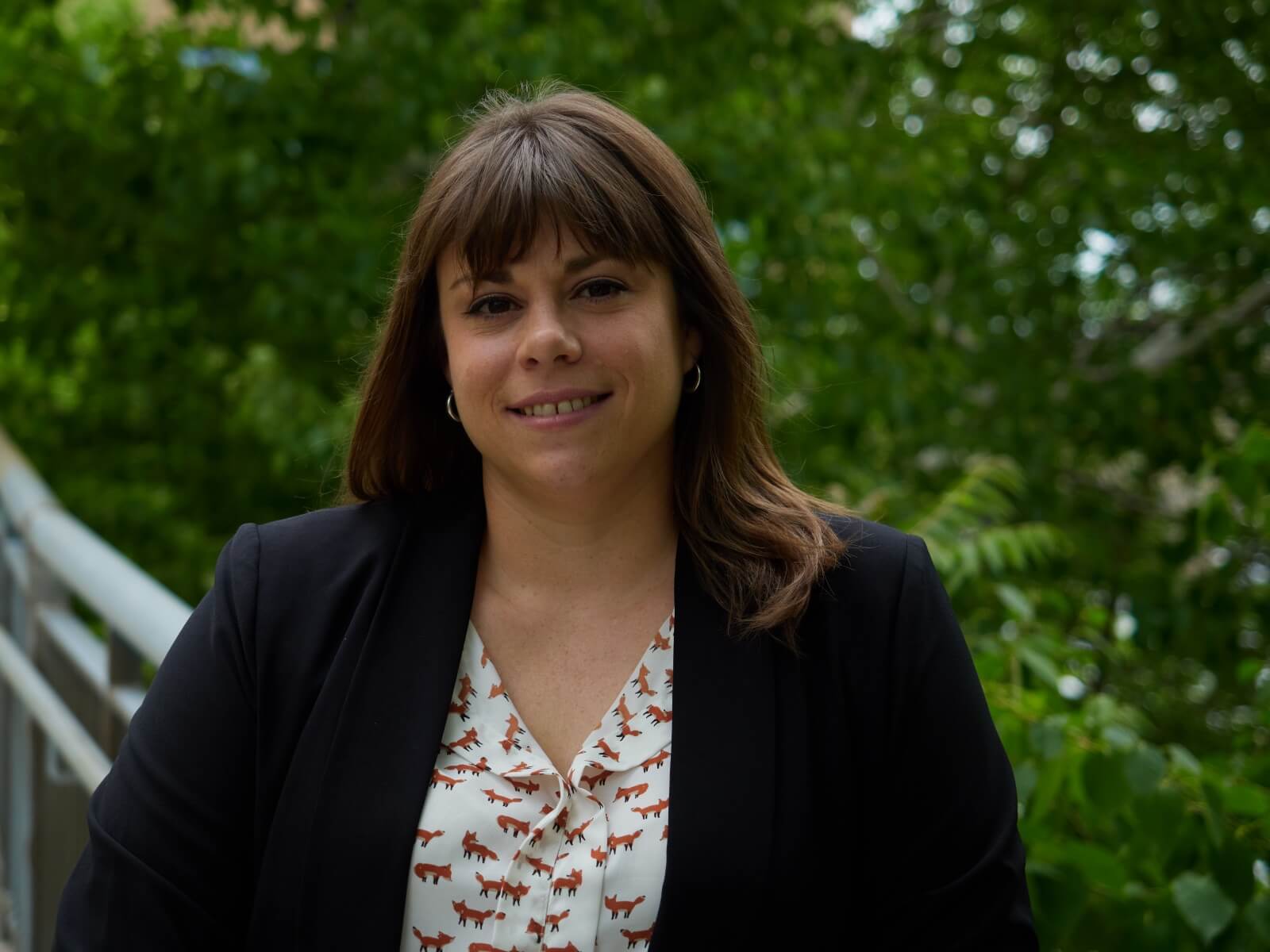 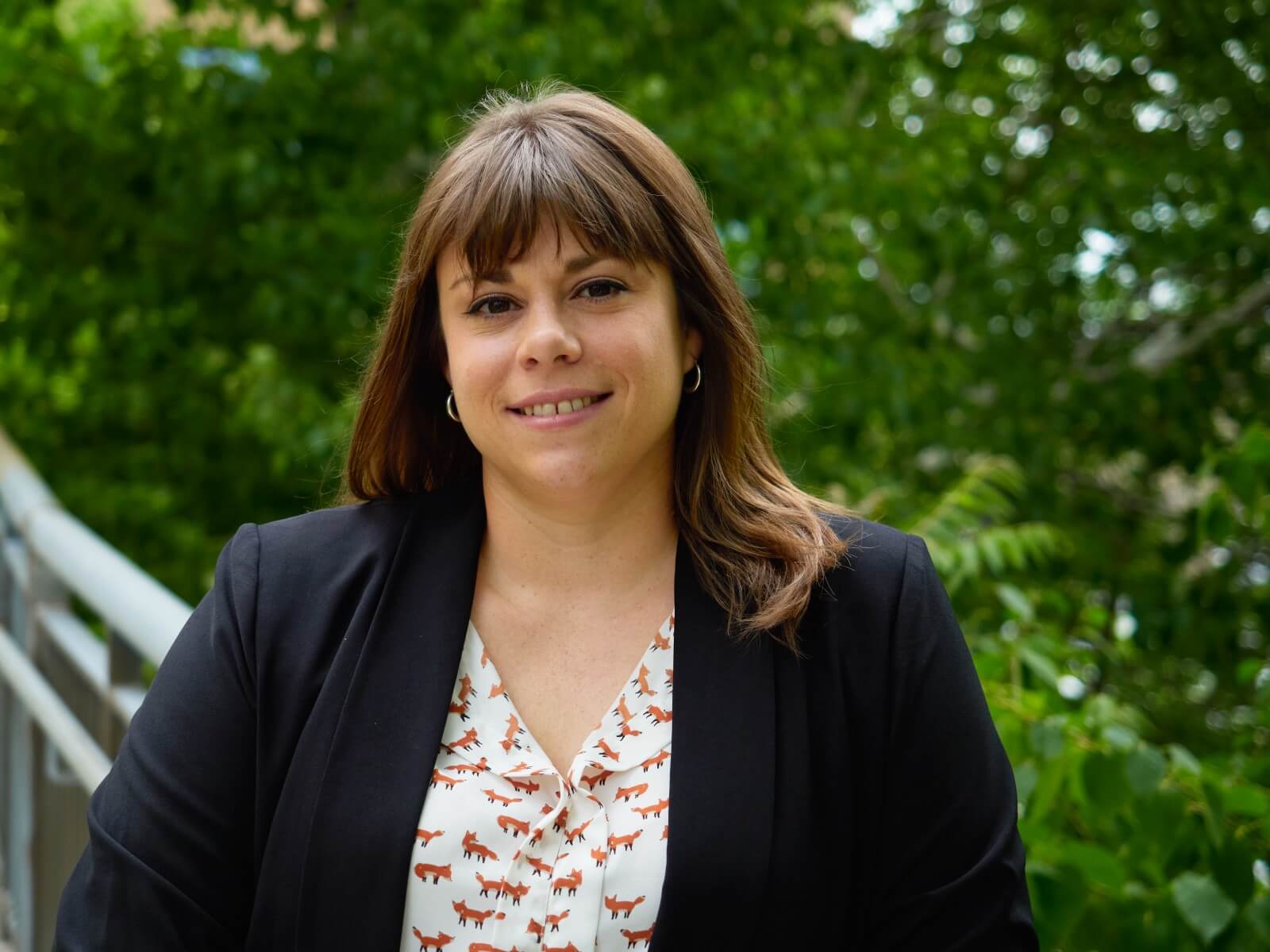 Furthermore, I was then able to fix the white balance, cooling down my subject a bit, by bringing down the Warmth Near slider. And it didn’t impact the background.

But the fact that you can’t mask what it selects — right now anyway — is going to make this tool not live up to its full potential. And even if you get a photo that works perfectly with it, there’s no way to guarantee others in your set won’t run into these types of issues.

If Skylum is able to add masking into the final version of the RelightAI tool, it will make a world of difference, and it’ll become a tool I rely on. It could really be Luminar Neo’s flagship feature. But it desperately needs masking in order to hit the mark.

Forgot to clean your sensor? Remove those dust spots with ease

As a photographer who has a Sony a7 III camera, I’m used to cleaning my camera on an almost weekly basis. But there are times where I forget, or when I don’t have my cleaning brush when I’m away from home.

Sure, I can manually remove those pesky dust spots in post. But what if there was a way to do this automatically? This is where Luminar Neo’s Remove Dust Spots tool comes in really handy. 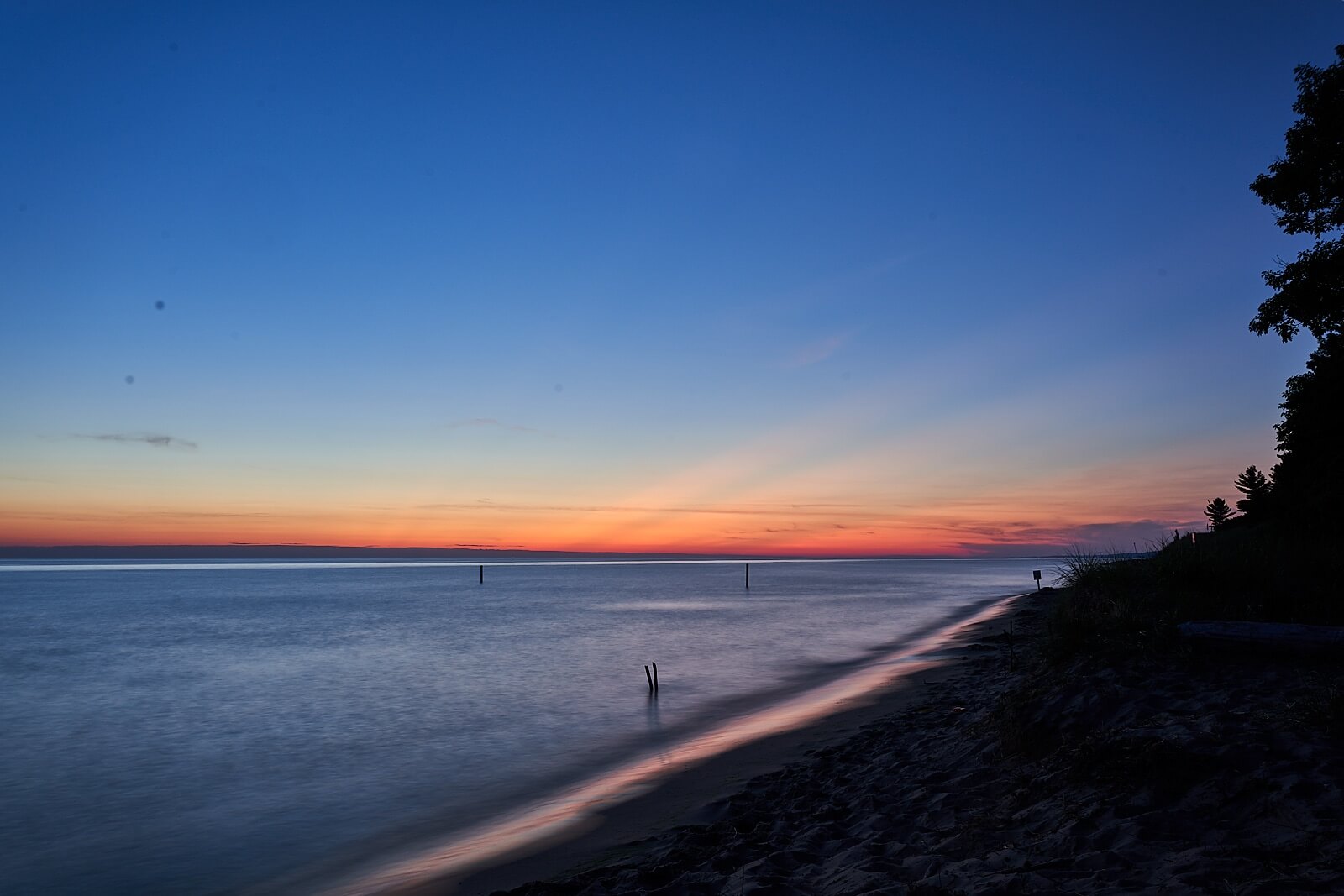 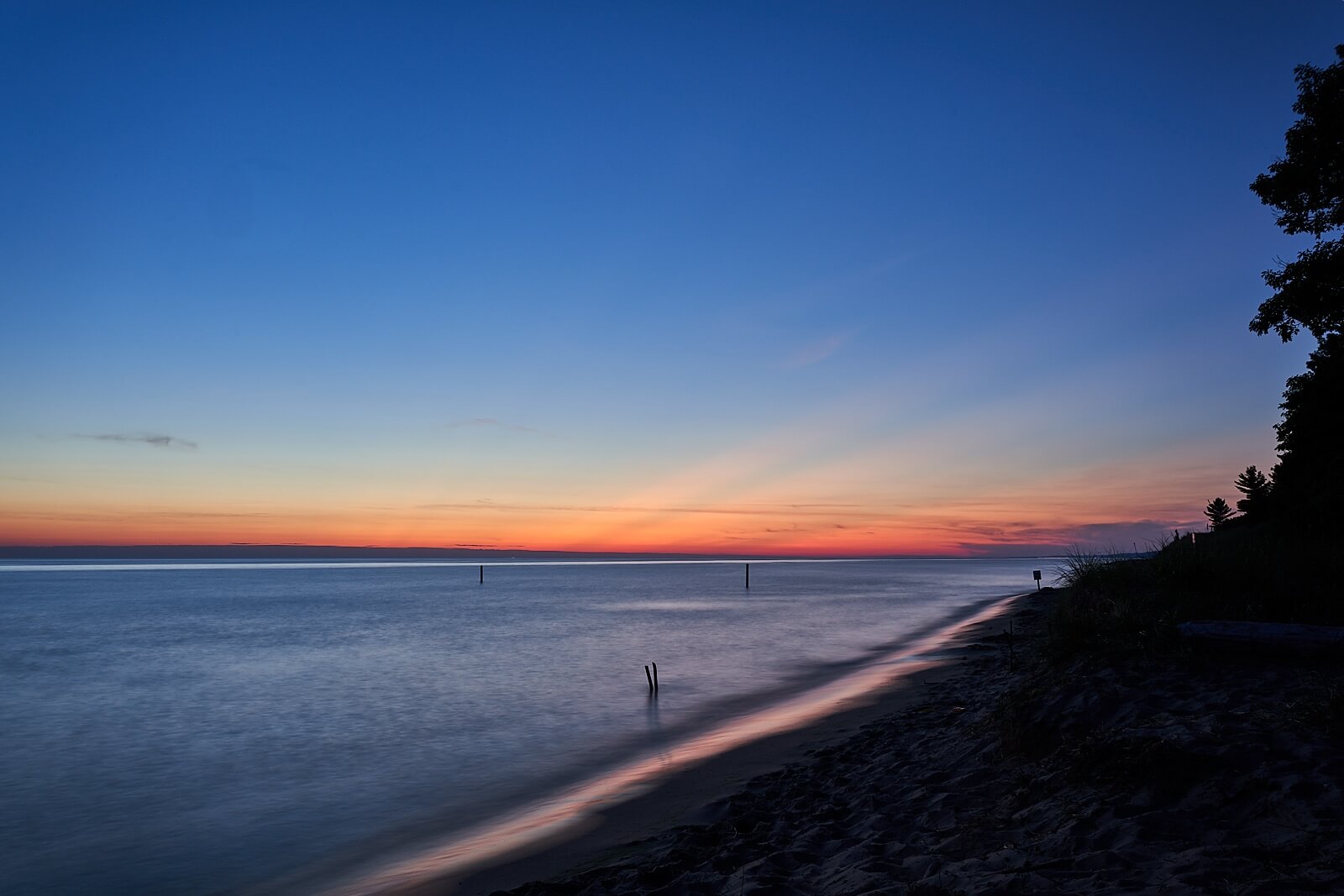 With a single click in the Erase tool, it analyzes your photo and removes dust spots. And if it removes something that you didn’t want removed, you can use the Restore button to bring it back. It’s that easy.

In my tests, Remove Dust Spots worked really well. For those of us with an older Sony camera body … this might be worth the price of Luminar Neo alone! It did struggle on one spot right above the left most cloud — which I think was more of a smudge, as it was rather large. It tried to remove this, but only removed half of it.

There’s a simple fix here. Click Restore, brush over it, click Restore again. Then I can use the Erase button to get rid of it completely.

A few years back I made a trip up to Toronto to visit a friend. The first thing I noticed? Downtown is absolutely covered with power lines, like I’ve never seen before. I tried to manually edit these out on photos, and after spending over an hour on a single photo, I gave up on the rest.

Remove Powerlines is a button in the Erase tool that analyzes your photo and then removes power lines in a single click. Or at least, that’s what it’s supposed to do.

In my tests, Remove Powerlines didn’t work well. While it recognized these in a scene without intersections pretty well, it left behind some artifacts. I tested it on an easy photo to start, with a single power line running through a scene from my Toronto trip. It struggled when the power line was over a building. 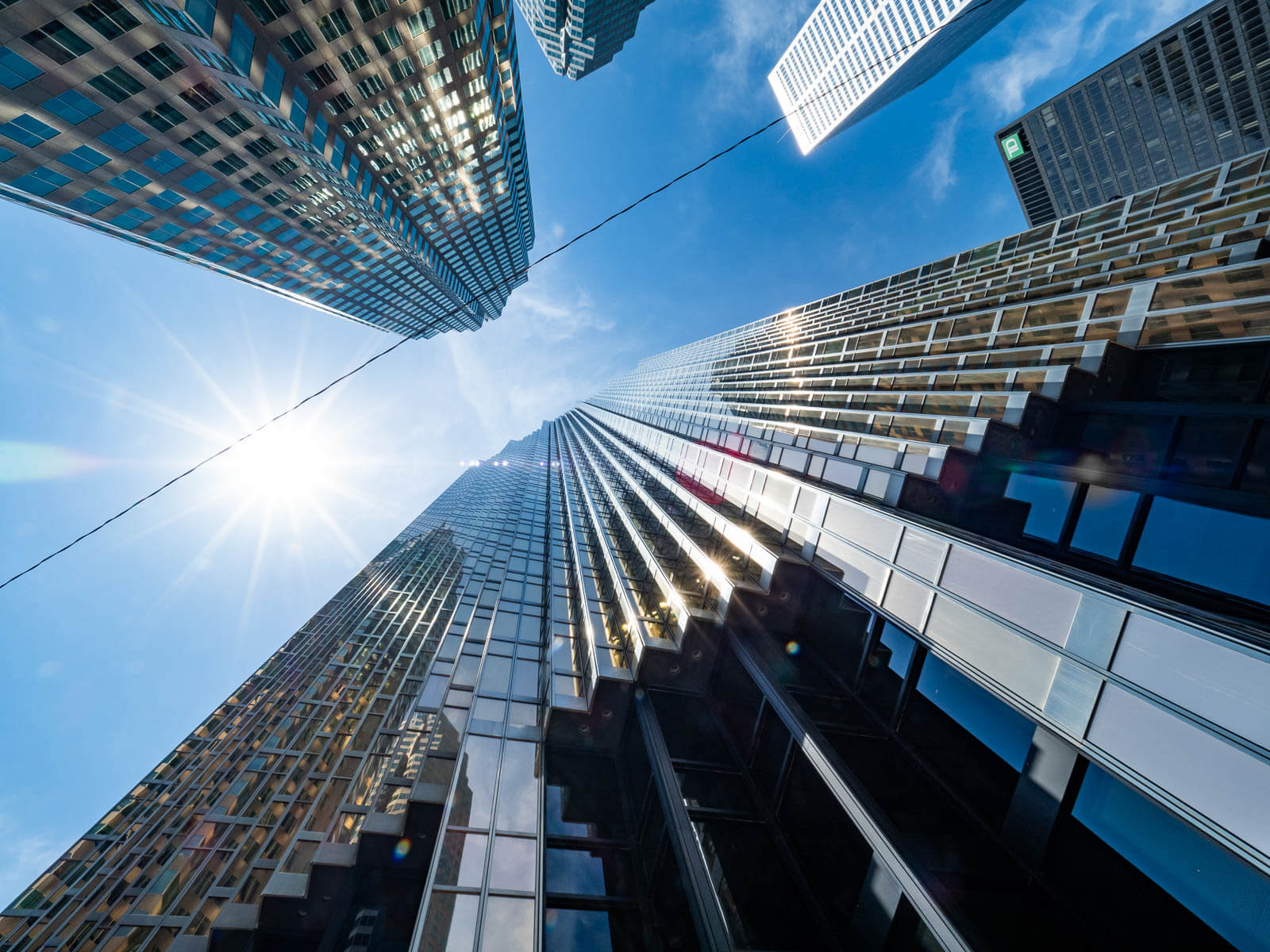 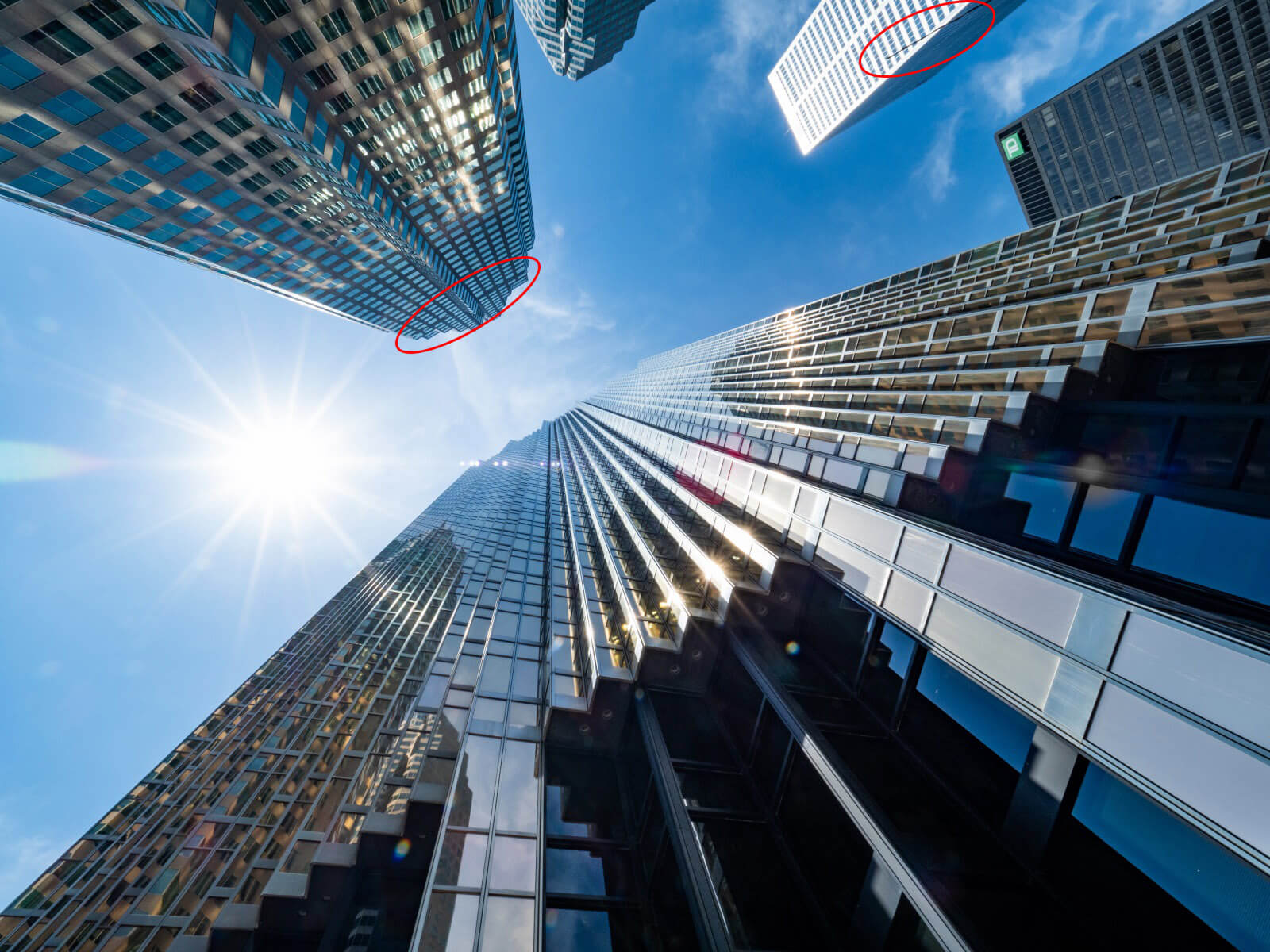 And with a bridge photo I took the other night, that had just a few potential problem points present, the tool missed the mark. Even in some very large open spaces where it was obvious that power lines were present, they weren’t taken care of. 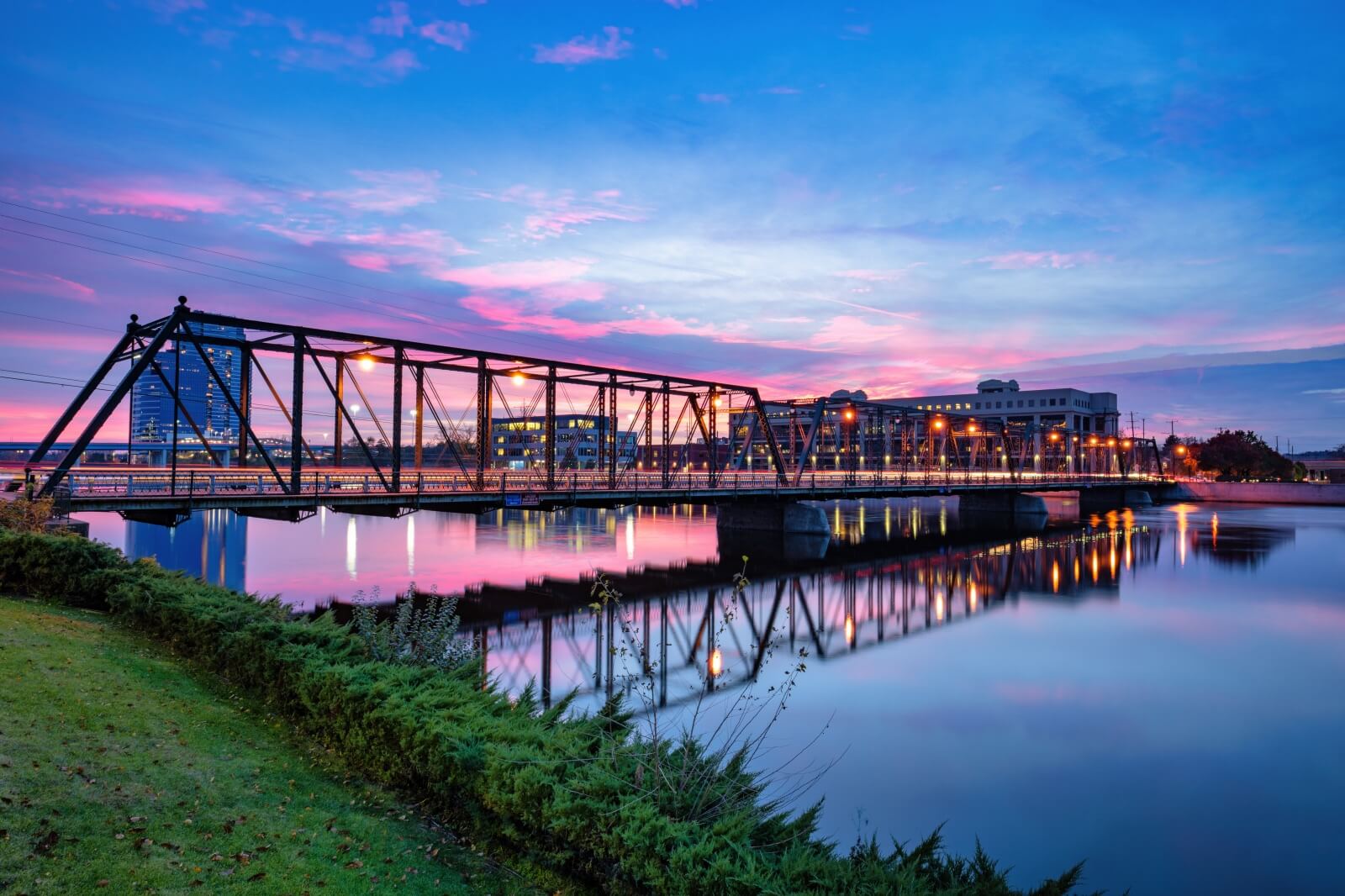 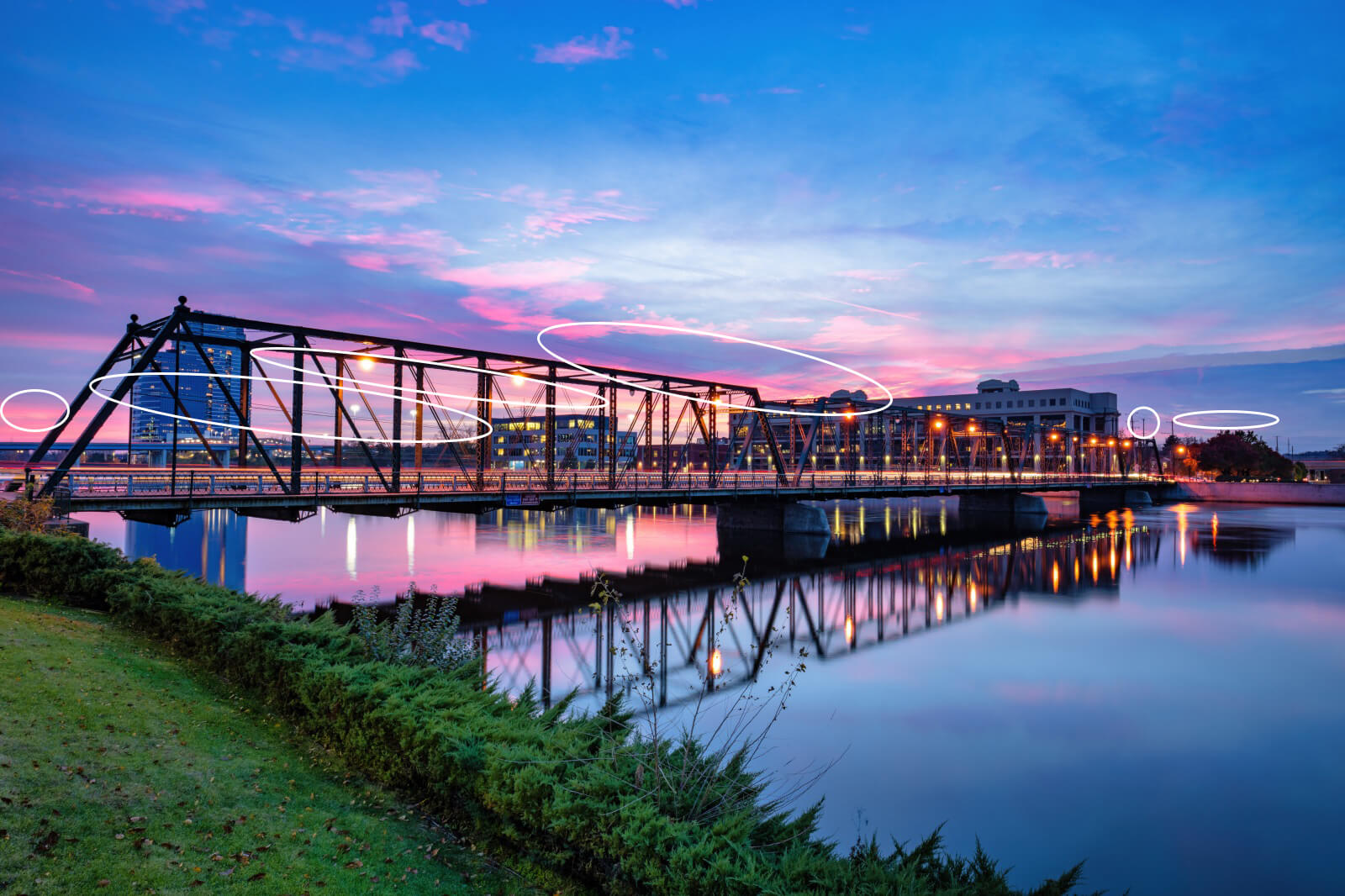 However, Skylum made mention that this feature in particular was still being worked on, and that we should expect improvements before the release version is ready. Here’s hoping. Because I’d really like to focus on the beauty of a scene, instead of power lines running across the middle of it!

For me, Luminar Neo has a lot of exciting potential. As I mentioned above, RelightAI has the potential to be a huge feature for a lot of people, especially when you can’t control everything about the environment you’re shooting in. It could be a huge time-saver.

These tools aren’t perfect. But they seek to solve problems, and I applaud Skylum for that. I have confidence that it will work on these features and make them more reliable and accurate before the final release.

Skylum has always been at the forefront of groundbreaking AI. And I expect Luminar Neo to continue on that trend, and for the team to build tools that users will enjoy time and time again.

Want to experience the power of AI photo editing now? Check out LuminarAI, on sale for just $47 for a limited time!

Create more and get free bonuses, with Luminar Neo

Fulfill your creative ideas with Luminar Neo! Preorder now and get the Photofocus preorder bundle, full of extras like a deep dive training video, templates, LUTs, textures and more when Luminar Neo launches.

Preorder yours and reserve your free bonuses!

I think AI relighting is going to be a great feature. I also think that some of the areas you talk about that were adjusted bright in the gaps and should not have been only you would notice. If you think think they are distracting you can burn them down manually. But for me this is a huge time saver trying to do it all by hand. I dislike the haloing some of the different tools in different editing programs make and I guess it can’t be helped. What I see in Luminar AI is pretty good and I am… Read more » 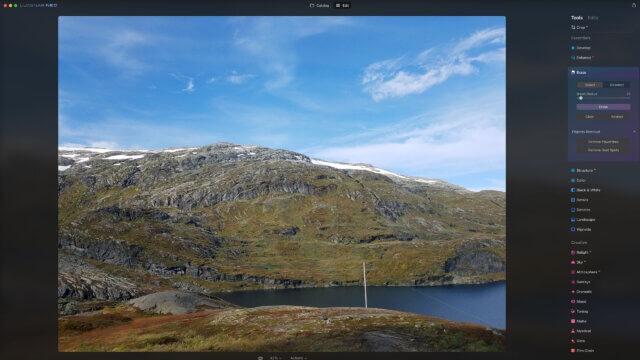 Remove powerlines with ease, thanks to Luminar Neo 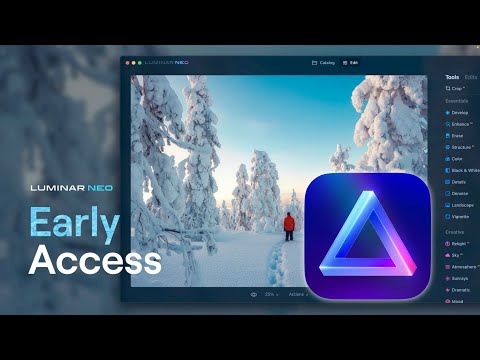 Ready to start using Luminar Neo? Get it today, and check out this training video 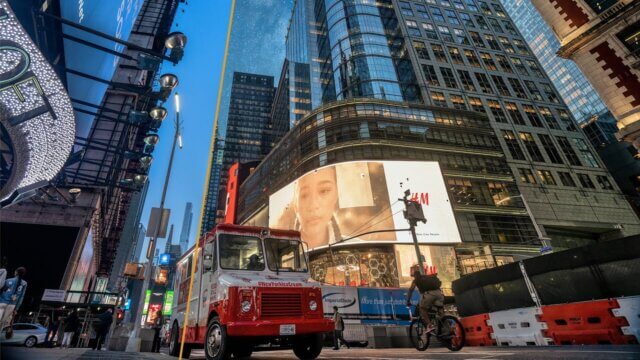 Making the most of a mediocre sky 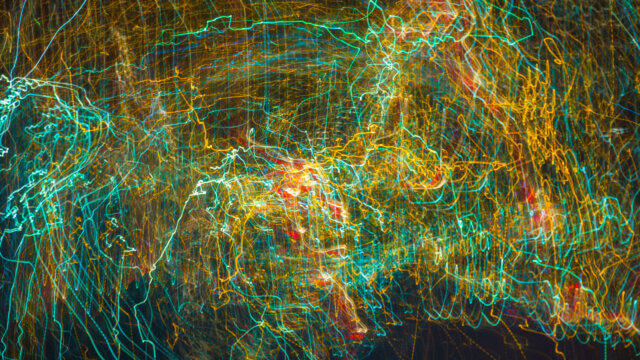 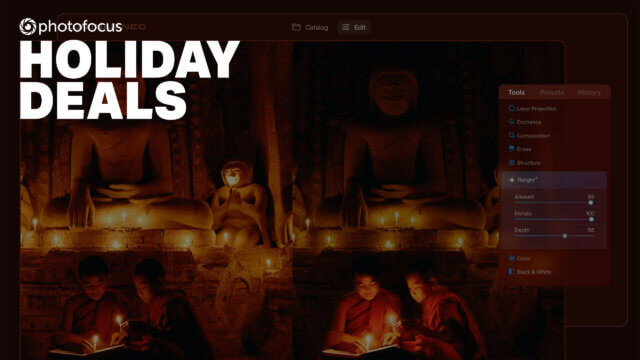 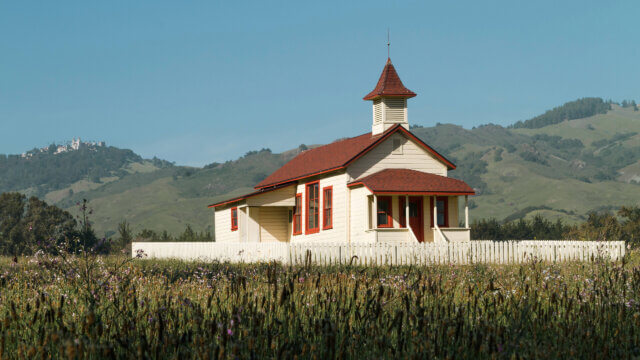 Remove powerlines with ease, thanks to Luminar Neo

Ready to start using Luminar Neo? Get it today, and check out this training video

Making the most of a mediocre sky