Photographing the Arctic: What I learned

As a self-proclaimed lover of winter, snow and the crisp cold air that comes with it, heading to the Arctic was a bucket list item.

I’ve always been fascinated by the polar regions and I am beyond fortunate to have been able to actually check one location in the Arctic off my list.

Svalbard is a Norwegian archipelago in the Arctic Ocean. Located on top of the world, it consists of islands and waterways between 74° and 81° north latitude and 10° and 35° east longitude (midway between Norway and the North Pole). The largest island is Spitsbergen which, if you’re lucky enough to visit, is where you’ll arrive in the small town of Longyearbyen.

When I first arrived in Longyearbyen, I was already drooling over the snow-capped mountains before the plane even landed. It was mid-June so the temperatures were pleasant enough, for me anyway, just above the freezing mark. After I checked into my hotel I went for a wander around the area camera already in hand.

One of the most challenging things to do as a photographer when you arrive in a new place is to slow down. See and be where you are. We are usually so excited we put the camera up to our face and click away with no real intention. When we do this we miss out on capturing the essence of where we are, the sights, sounds and smells that all come back to us when we view our images after we’re home.

As I wandered around taking in the scenery, the little colored houses, the small shops, restaurants and other hotels my attention kept going back to the mountains all around. I walked down towards the water where I had a clearer view of them and started taking some shots. Wide shots at first but I was drawn to the snow and rock patterns and began to tighten my view with my lens (I was lucky to have a friend loan me his 100-400mm for this trip).

The more I picked out specific shapes the more an idea formed in my head. At that moment I decided to shoot with the intention of creating Arctic Abstracts during my time in Svalbard. At first, it was just the mountains, at that point, I had no idea what I’d be seeing during the next 10-days on board a ship.

Onboard the Arctic ship

It was a bit like stepping off the plane, to be honest. So much new to see and explore. Making sure you know how to get around and not get lost. It wasn’t even that big of a ship but the narrow hall and stairways made it easy to get turned around at first. After stowing luggage and getting the cabin settled it was time to head up on the decks to see more of the scenery, meet the crew and other passengers. More importantly, time to meet the four professional photographers who were part of the photography symposium taking place on this trip.

One thing I’ve always done in my travels is to take photos of where I’m staying. I used to do it so I could show my family when I got home what it was like where I was and I still take shots of my room, the dining area, hallways and other aspects of, in this case, the ship, so I could share what it was like onboard.

After traveling across time zones it isn’t always easy to stay awake. I suggest trying to stay up for as long as you can. Why? In this case, if I had crashed when I felt like a walking zombie I would have missed the start of the second part of my Arctic Abstracts series.

The water. There is nothing like Arctic light. It was after 10 p.m. and incredible to watch the light playing on the water. There were also several different Arctic birds flying around to capture as well.

Photograph what you feel

As the trip went on, especially during the first few days I was feeling obligated to photograph the birds. Everyone was photographing the Skuas and Gulls. No offense to bird photographers but they really were of no interest to me, other than they were Arctic in nature. I did try my hand and used it as an opportunity to learn more about photographing birds in flight. There are always opportunities to learn something, no matter where you are traveling. The pro photographers are there for a reason, learn from them, ask questions and pick their brains. This is something I regret not doing much of on this particular trip. I still regret it.

Once I was bored of the birds I started looking around for what spoke to me. The mountains, the skies and the seas. The wide openness of it all. I directed my eye and my lens toward those objects, scenes and sights that made me step back, close my eyes and realize that those were the reason I was here. That was what made me take deep breaths and soak it all in.

So even amongst all the other photographers, I eventually chose to stay true to who I am as an artist and photographer. I was much less frustrated and came away with more meaningful images.

Hitting my stride in the Arctic

As the days went on and we ventured further in and around the bays and inlets, there was more to see and capture. Glaciers and icebergs led me to my third Arctic Abstract subject. The colors and shapes of the ice were fascinating and I wanted to be able to capture both the incredible size of these icebergs and also the intimate details of the ice that they are formed of.

We headed out in Zodiacs and wandered around on land, some days we spent just in the zodiacs cruising around icebergs and seeing glaciers up close (as up close as one gets anyway). Every time we went out we had a pro photographer in our Zodiac with us. What a great way to watch, listen, ask questions and learn. Sometimes just watching what they were seeing helped to capture images I may not have otherwise gotten.

Was I entirely thrilled with the thousands (yes that many) of polar bear images I took? Honestly, no. I had a few that were passable and I was pretty disappointed in myself for not asking questions. How should I approach photographing a polar bear who was on land, while we were in zodiacs? So much movement, the water, the zodiac, the other people in the zodiac, all just trying to take photos of the polar bear.

As much as I dislike the “what settings are you using” question, this would have been the perfect time and place for that.

As part of this particular cruise, the four pro photographers were available to help everyone. There were presentations daily and we were able to also submit our own images to be shown each evening as a wrap-up of the day. Critique sessions also took place. It’s scary to be in a group of people you do not know at all and put yourself out there but how often do you get the chance to have professionals talk about your images and help you learn what you can to up your game even just a little?

During these presentations, critiques and recaps it was also a great time to get to know the other passengers, many of who were photographers on this trip. As you know, we all have something to teach and learn from each other. Which reminds me, also be sure to grab images of the people you meet and share them after the trip.

What I learned from this Arctic experience

I am incredibly fortunate to have been able to take this trip. Sharing my experiences with you and others has allowed me to relive the moments, people and places. I hope I’ve also passed on a little bit of helpful information, not just about the Arctic but also traveling and taking photos in general.

The Arctic is peaceful, quiet and tranquil. It captured my heart and soul. I’ll leave you with some of the sounds. 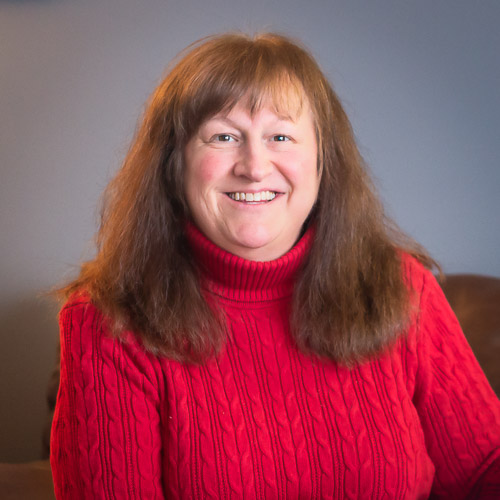 Lauri Novak is an award-winning fine art photographer, mentor and author based outside of Chicago. She has an eye for photographing architecture, traveling as much as possible and just wandering in nature with her camera. You can find her galleries, mentorship programs and photo tours here:

Photography workshops — Things to think about

Workshops — remember those? Hopefully, we’ll get back to having in-person workshops this year. As you peruse the interwebs for options here are a few

There Is No Photography Season — Shooting in Frigid Temps

(Editor’s Note: This is a guest post from Cathy Seaver, a commercial photographer in Grand Rapids, Michigan. She works primarily for Cull Group shooting product, corporate

Shooting in Svalbard: Part 3 (What camera gear to bring?)

Svalbard is a beautiful landscape destination, with jagged mountains, fjords, glaciers, and icebergs.  At the same time, it is a terrific wildlife destination, one of

I remember perfectly when I first fell in love with icy landscapes.  It was in Antarctica.  I went for the wildlife (who doesn’t love penguins?!),

Traveling to a polar region, whether the Arctic or the Antarctic, instantly brings to mind glaciers, icebergs, and very possibly snow, sleet or rain.  These

The Traveling Photographer: Powering Up!

How many times have you pushed the shutter release on your camera, to take that perfect photograph, only to find your battery is dead and