Australia’s farmers and rural areas have been doing it tough. Climate change is a real thing whether people wish to believe it or not. Many parts of southeast Australia (like in many other parts of the world) have been in an extensive and devastating drought, followed by ravaging bush fires and then in some areas floods.

I tend to travel a lot around country Victoria and have seen first hand how arid and harsh our beautiful country can be. Living off the land and providing for the rest of the country, especially us city-folk is not an easy life. Some of the small towns are losing families to the ‘big smoke’ and small towns need people to keep going.

One area that can keep these small towns going is the tourism dollar. Australia has a large tourist industry, and there are so many different and distinct areas to be seen around Australia. This latest foray is both typically Aussie in ingenuity and quirkiness. Getting the top street and installation artists both Australian and I believe a few from overseas to paint huge big grain silos in regional areas with huge murals depicting the areas history, culture and people. I have spent the last two years visiting many of these artistic silos and there are still a few left to see.

This is the original Silo Art trail in Victoria, starting from Rupinyup and finishing in Patchewallock, is about 200kms long and takes about 2 hours to drive from start to finish, but you need to allow time to explore each silo and each area. Some are in the middle of nowhere and some have small townships offering hospitality, food, drink and local culture. There are also various other art installations, museums, painted water tanks, murals and National Parks to explore as well. There are now seven main silos in this trek and each is as different from each other, as night is to day.

Rupanyup’s silo art was painted by Russian mural artist, Julia Volchkova, who wanted to capture the town’s youth and sense of community, it features two local teenagers in sports attire. It took several weeks to paint and was unveiled in 2017.

The Sheep Hills silos were painted in 2016 by renowned Melbourne based Street and Installation artist Adnate. It depicts many local faces of the Aboriginal community. The night sky represents elements of local dreaming and the overall image signifies the important exchange of wisdom, knowledge and customs from Elders to the next generation of the indigenous people.

Guido van Helten’s iconic Brim mural was the first silo artwork to appear in Victoria and soon gave the town newfound energy and optimism. After gaining widespread local and international attention, Brim’s silo art success shone a spotlight on the Wimmera Mallee region and inspired the establishment of the Silo Art Trail.

Completed in late 2017, Kaff-eine’s artwork depicts themes that she says embody the region’s past, present and future. Kaff-eine also helped Rone on his Lascelles project. The silo on the left depicts women in the country. Farmers facing hardships of drought and fire with a tenacity that is born of the Mallee area. The silo on the right depicts the connection between farmer and horse.

Renowned Melbourne Street artist Rone, took several weeks to get to know the locals and create this mural depicting a local farming couple. The husband is seen in the below image, the wife is on the other side. Completed in mid-2017, he used a muted palette to allow his mural to blend into the landscape and become one with the silo.

Completed in late 2016 by Brisbane artist Fintan Magee, who had booked a room at the local pub to immerse himself in the community and get to know its people. Fintan decided that a local farmer, not only fit the look he was after, a rugged and no-nonsense man of the land, but was also tall and lean to fit the narrow silo.

Completed in 2018 by artist Smug (from Scotland), this has to be my favorite silo art. Depicting the Aussie kelpie, a farmer’s best friend. The farmer is only partially represented in the image, with the attention placed solely on the dog, named Jimmy.

This is the latest installation, completed in October 2019. Painted by Drapl and The Zookeeper, depicting the silence and openness of the Mallee Region, a sense of freedom and ties for the indigenous people.

We first visited the Mallee region in 2017. As new silos were painted, we undertook a second trip to the region in 2019. More and more painted silos have cropped up, we have seen them in South Australia and there are also some in New South Wales and Queensland. There is also the North East Victoria Silo trail which we also visited on our 2019 trek.

I will feature these, as well as best practices in capturing silos, in part two. 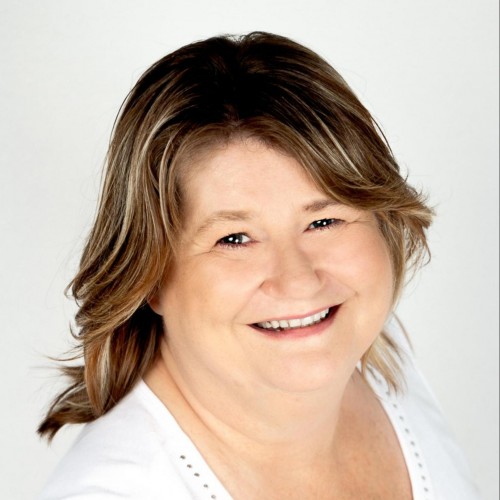 With the vaccine rollout not as quick as we would like, it’s important to stay safe. I still want to get out to photo locations

Architecture is all around us. Sometimes we use our cameras to create art from what we see instead of merely capturing moments. Here are a

Photography workshops — Things to think about

Workshops — remember those? Hopefully, we’ll get back to having in-person workshops this year. As you peruse the interwebs for options here are a few

Boondocking: My RAV 4 build to travel safely and photograph during COVID-19, part two

This is a continuation of how I’m able to safely get out and about during COVID-19. Being on location and able to cook and sleep

A lot of my photographer friends have been stuck at home, not getting out as much to practice their photography. For sure, it’s a frightening

How you pack and organize your belongings for hiking or travel directly impacts your experience. This is true of all forms of photography, but perhaps