Coming from a landscape photography background, I’ve shied away over the years from learning about off-camera flash.  I told myself that I didn’t need it. But if I’m being honest, I was just overwhelmed at the thought of learning a whole new skill set. I had convinced myself that I was a “natural light” photographer and didn’t require supplemental light for my work. For some unjustified reason, flash and strobes intimidate me.

This personal ruse worked well until last year when I started growing my business and diversifying the types of shooting I was doing. Suddenly, I was seeing the need for added light in various photographic situations. I’d be in the forest shooting mountain biking and wouldn’t have enough ambient light to freeze my speedy subject. At a commercial gig they wanted my outdoor photography to be supplemented with a head shot in a dark location.

Finally, I realized that it was time to learn about flash and incorporate it into my shooting repertoire. Thus, I have declared 2021 as the year to face my irrational fears of off-camera flash. I hope that by recounting my journey to learn about off-camera light, that others with similar mindsets might decide to give it a try as well!

I’ve started out small with my gear. I already owned two Canon 600EX II-RT Speedlites which were collecting dust on a shelf in my office. After assisting a wedding photographer and learning the system, I ordered the MagMod Professional Flash Kit as well as the MagMod MagBox 24 Octa Pro Kit to get me started. Throw in a couple of donated light stands from another photographer and I was ready to give my first portrait session a try.

The day of the shoot it was snowing, which is pretty rare where I live. My neighbor sidekick, Sasha, agreed to be my subject and we went to a nearby trail behind our houses. I wanted to try and create a fun, winter portrait that highlighted the snow if possible.

First, I started by setting up the MagBox with a single speedlite as the key light. It was placed it just in front of Sasha on her left side, slightly above her head and angled down. To try and highlight the snow, I placed a single speedlite on a stand behind her, with a MagSphere to diffuse and spread out the light. I used my Canon 70-200mm f/2.8 lens to get a nice, tight crop on her upper body. The MagBox was just outside the frame.

Initially, I couldn’t get either speedlite to fire, despite having just set them up to practice in my house minutes prior. After a bunch of fumbling around and the old “turn it off and back on again” trick, I managed to get both flashes firing. This is a good reminder to practice on test subjects to work out any bugs before you go shoot for clients!

From there it was just a matter of setting my exposure. I exposed for the background first and wanted to keep it pretty dark to try and highlight the snow. I also wanted to shoot at an aperture of f/2.8 because I love the bokeh my lens gives at that setting.

Turning on the high speed sync allowed me to shoot at 1/2000s, f/2.8 and ISO 100. It was midday and bright with the snow so I needed a fast shutter speed to lower the ambient light. I experimented with various flash powers on both units until I got what I thought was the right balance. I ended up having to bump the exposure +.60 in post so I know was underexposing a bit — all a part of practicing and learning!

Unfortunately, the snow was petering out on us so I didn’t have the super snowy background that I’d hoped for. The snowflakes looked like rain drops in the images.

For fun, we played around with throwing snow up in the air to try and create a fake snow scene. This resulted in a lot of horrible shots, but also a lot of laughs. And we did get one decent “snowstorm” shot.

Give it a try

In the end, I had a blast experimenting with flash. I had to be patient with myself but I was pretty happy with the results for my first try. And guess what — it wasn’t so scary!

These aren’t perfect portraits by any means, and this article isn’t meant to be a master class on off-camera portrait lighting. But if you’re someone who is reading this and has a similar fear of learning to use flash, I hope to inspire you to give it a try. And stay tuned for more posts as this landscape photographer continues to experiment and learn with flash! 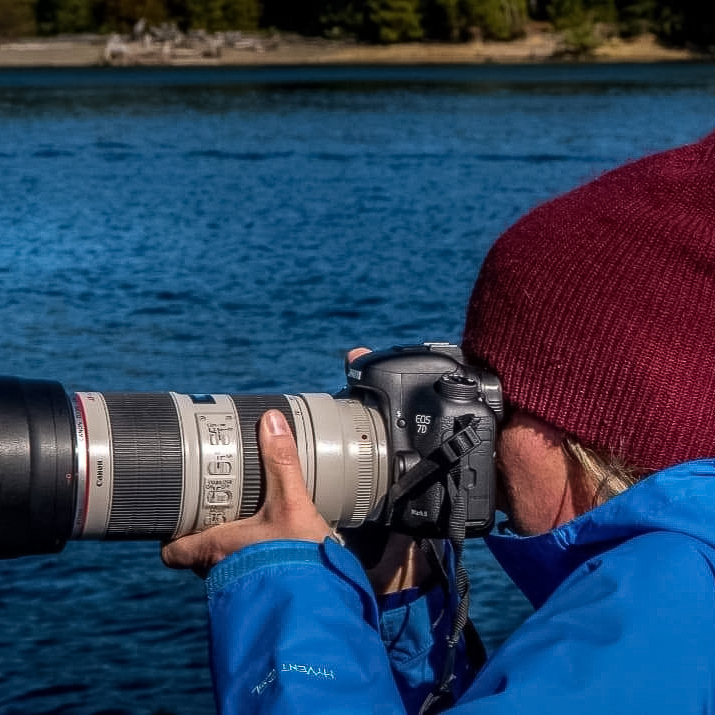 I’m a busy professional photographer — splitting time almost evenly between real estate/architectural photography and people. It’s not unusual for me to photograph a portrait

Seeing differently at the zoo

Zoos are a great place to practice photographing animals. The thing is, we all have great images of the lions, tigers, and bears (oh my).

How to get started with beauty photography

If your goal is to shoot beauty portraits, you must understand that not only does the model want to feel flawless, but the hair and

How to get emotion from your subject

There are six basic emotions — sadness, surprise, fear, happiness, disgust, anger. Understanding these emotions will help you bring them out in your subjects to create memorable photographs.

Scattered about Racetrack Playa in Death Valley National Park are mysterious sliding or sailing stones, leaving snakelike trails behind them on the cracked dry lake bed, often for

I just attended a terrific event hosted by the photo club at the Art Institute of Portland, and beforehand we did a 1-hour photowalk around