The new Fuji X100V: A review of the most important camera of the decade

Recently, Fujifilm released a fifth-generation update of their flagship X100 line with the Fujifilm X100V, an update two years in the making from their incredibly popular X100F camera.

I have been shooting with the X100 series of cameras since the first version was released nine years ago, primarily for street and travel photography and some other personal work, and it has had a transformative effect on the way that I shoot and on my photography as a whole. Fuji was kind enough to lend me their new model for review.

For those unfamiliar with the history of the Fuji X100 (and my grand claim for it being the most important camera of the decade), the original X100 was released in February 2011. It launched Fuji as one of the leaders in the mirrorless camera market and took the camera world by storm.

The X100 was and is a high-end camera in a gorgeous, compact and retro rangefinder-style body. The camera mixed a flashy yet understated design — a nod to the film cameras of old — with high-end image quality, low-light performance and brilliant ergonomics. The camera handled incredibly well and had dial-controlled operation. It included a state-of-the-art viewfinder with electronic and optical options.

But most importantly, I would argue that the camera’s biggest quality has been the restraint that was shown in its development. This camera felt like it was built by photographers.

The X100 significantly influenced many companies, the mirrorless camera market as a whole and helped to push it where it is today.

A camera with restraint

The restraint aspect needs to be focused on, as the X100 used an APS-C sensor and built-in 23mm (35mm equivalent lens) with only an option to purchase 50mm and 28mm equivalent attachment lenses and nothing else.

Both features on the surface may seem like something that would have held the camera back, but I would argue that they actually allowed the camera to shine. The image quality and colors that come out of this camera are a direct result of that — absolutely stunning.

The X100V is certainly not for everyone (for everyone else that needs zoom lenses and more primes, there is the Fuji X-T4), but this camera is the right option for a lot of people, even if they may not know it. For my personal, travel and street work, I only use 35mm and 50mm lenses and so this camera is everything that I need. The focal lengths are perfect for these genres.

For those that are wary of sticking to prime lenses like these, I highly suggest trying them. The restraint, I believe, can make you a better photographer (depending on what you like to shoot, of course). You learn to eventually see as the lens sees and the shooting experience becomes very nuanced and more spontaneous.

Who is it for?

The Fuji X100V shines for street and travel photographers, but it can work incredibly well for most genres and I use it a ton for daily architecture photography.

The camera is for anyone who wants to make photography a daily part of their life and take their camera around with them as often as possible. It’s for anyone who likes to photograph in a simple, relaxed and less complicated way.

This camera is pure.

While holding true to its overall form, the design of the X100V still manages to be slightly sleeker than its predecessor and uses a new aluminum coated in satin for its top and bottom plates. For the first time, the X100V includes a two-way tilting touch screen, which is so thin that you barely know it’s a touch screen at first. And the hybrid viewfinder — one of the star features of the camera — is now updated with an improved electronic screen.

The camera body is newly weather resistant, although the lens is not, so you will have to purchase an addition to weather seal the lens. This being said, I have photographed in the rain significantly with older X100 models (with an umbrella) and allowed the camera to get fairly wet while never having a problem. A weather-resistant body will make me that much more comfortable doing this.

The camera includes a newly developed lens (part of the reason for the two-year timeframe for release), which has better corner sharpness, improved close-distance focusing, and it shows less distortion than previous versions.

The sensor is new, sharing the same 26.1-megapixel sensors as the X-T3 camera. The image quality and colors have always been incredible on the X100 line of cameras, but you can certainly see an improvement. The camera also now includes 4K video.

Finally, the autofocus is noticeably improved, which may actually be the deciding upgrade factor for many people. The autofocus is very good, particularly for a mirrorless camera of this size.

Night shooting needs to be highlighted with this camera, as I tested it up to ISO 6400, and the quality at 6400 was astounding. This camera will allow you to do fast-moving or indoor street photography in near darkness. The noise is minimal and looks very pleasing.

Silver or black and white?

The camera comes in both a gorgeous silver-plated and understated black-plated design, and I think the choice depends on what you prefer to shoot. The silver-plated design is stunning — just the look of it makes photography feel more fun. People will constantly notice the camera and make comments about how beautiful it is (including many, “nice film camera” comments).

Tips for street photography with the X100V

The X100 includes a menu option for silent shooting, which I keep on all the time except for when shooting portraits (since people like to hear the click). It is especially handy in close, confined spaces such as subway cars.

The camera also includes a quick start option, which reduces the camera startup time from 2.2 seconds to 0.7 seconds, which can come incredibly handy when a spontaneous moment happens but your camera is off or asleep. I also lengthen the time that it takes for the camera to go to sleep. Keep in mind that both of these options can drain battery life significantly. While the battery life is very good for a camera of this size, I recommend three total batteries for a day of shooting.

I also prefer to use a center-weighted metering mode (found under photometry in the menus), which I think gives the most accurate exposure for fast-moving street scenes.

One of the most overlooked aspects of this camera is Fuji’s incredible color profiles that come with it, which now comes with seven color and eight black and white profiles. In fact, many people shoot with this camera on JPEG with their favorite black and white or color mode selected because of the beautiful looks they give. Click the photos above to view them larger to see the subtle color differences.

I prefer to shoot in RAW and then select the color profiles in the develop module of Lightroom, so I have the flexibility of the RAW format, but I can see why some photographers decide to simplify with JPEG and their favorite profile.

I love the Gordy’s Camera Strap for this camera, which you can have made to the perfect length for the camera (I keep my camera strap fairly short so the camera is higher up on my chest).

The camera holds much better with a thumb grip. I highly recommend Lensmate, which will be coming out with the thumb grip for the X100V soon.

And finally, I highly recommend the Abrahamsson Mini Soft Release from Popflash.

The Fuji X100 line transformed the previous decade of mirrorless photography, and the X100V proves that it is going nowhere in the new decade. While it is incredibly hard to continually improve a flagship camera that has such a successful formula and model, Fuji proves that it can more than incrementally improve this camera with each version, yet without straying from the original spirit.

This is a camera built to last, both from a technological and a design perspective, and it will continue to influence the mirrorless market for years to come.

And in the meantime, it sure isn’t leaving my neck.

Tell your story with the second annual Visual Storytelling Conference!

Get your free ticket, or save on a VIP pass!

James thanks for the review and write-up on this camera. I’ve had my X100V for almost a week now. I’ve used full frame cameras all my life. My primary camera is the A7riii. So this is my first real foray into the crop sensor world. It is also my first experience ever with Fujifilm. I purchased this beautiful camera as I wanted a quality, everyday camera that I could carry around and and use without drawing attention to myself. I’m not sure what I’m doing wrong (if anything), but I have been unable to get sharp images with this camera… Read more »

Hey Ang – that is very strange – I had the complete opposite experience. If you see from the photos in the article (although they’re sized small), they came out incredibly sharp. It was pretty astounding even at ISO 3200 and 6400. I would assume this is an issue with the camera itself and especially with the scratchy sound with the focus ring (which I just checked and there’s none of on this one). You’re right to get it checked out, and you can feel free to email me an image or two if you want me to take a… Read more »

Thanks so much for the reply James. I have taken the camera back to the camera store it was purchased from, and the sales clerk whom I know well, acknowledged the issue and suggested that several other X100V owners had also returned theirs; all of whom cited the same noise when manually focusing. Although none of those owners shared any concerns over image softness. Incidentally, the same store had just received a new batch of 15 cameras this morning; and found the same manual focus ring noise upon inspection. So it could be more widespread than was initially thought. Or… Read more »

Wow – thanks for letting me know that update Ang – that’s a pretty crazy situation. It has to be the camera. The noise levels that I tested were astoundingly good.

Sounds like it’s a good idea to wait a month to get a new one. And yes, I’d love it if you could keep me posted on the situation. I’m very curious about this. Thanks!

Pictures still look muddy and lacks 3D pop, especially when comparing against the GR3. I wonder if its due to the X-Trans sensor or the lens? They supposedly updated the lens and I came with hopes up but perhaps 80-90% of pictures shared by reviewers and users still show poor image quality.

I’m not sure what you mean by muddy Gary, but I can assure you that the X100 images are not muddy. They seem crystal clear when compared to a variety of cameras. 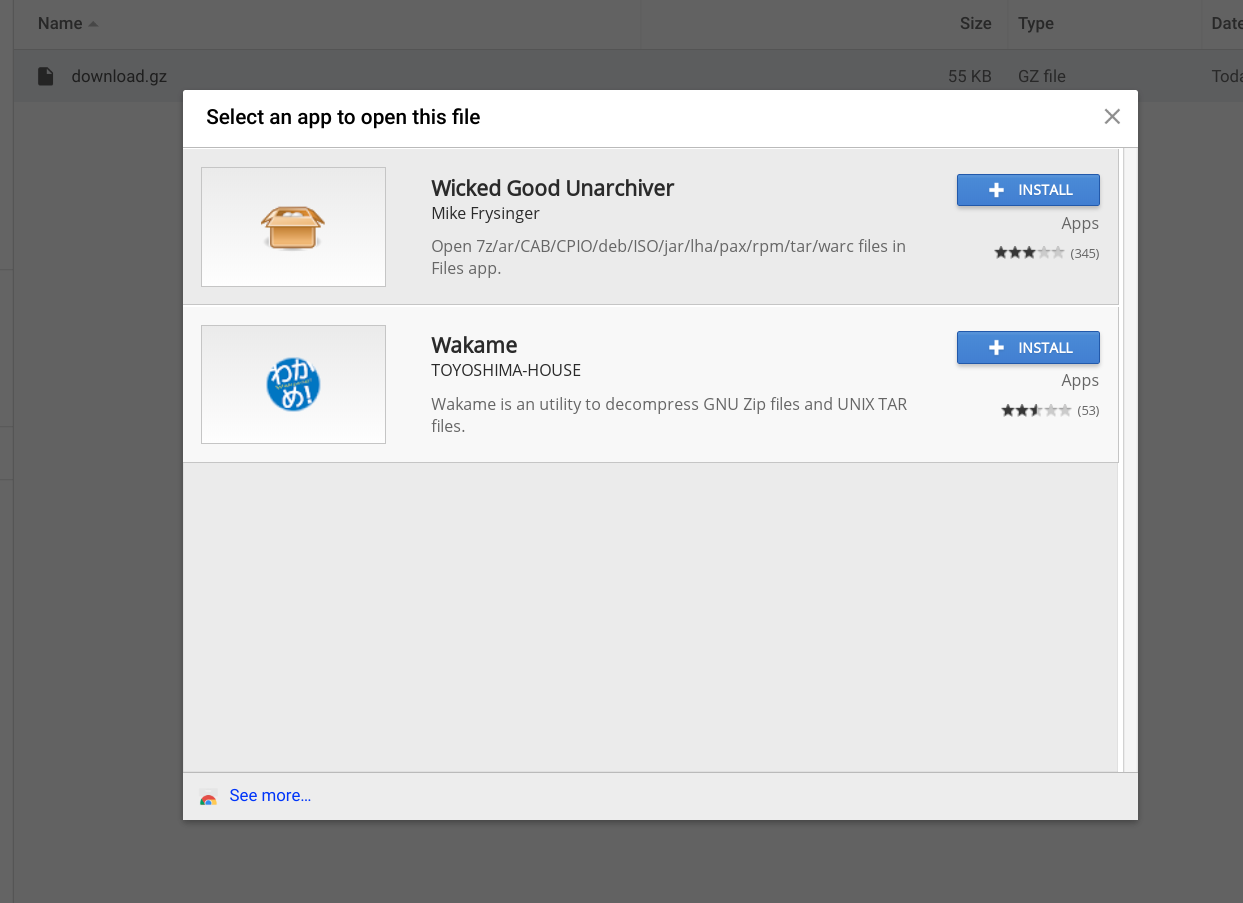 Sorry about that Niels. We were having some server issues this morning, and that has since been fixed.

AfterShoot – AfterShoot helps photographers cull their photos faster, leaving them more time to spend on creative tasks. Save $10 with the code PHOTOFOCUS10.

Capture One – Capture One creates powerful photo editing software for all kinds of photographers. Its authentic true-to-life color processing, seamless editing experience, and fastest tethering in the industry gives you total creative control.

Sign up for our newsletter to get the latest from Photofocus delivered each week.