History of Photography: Muybridge and Marey

Between the 1850’s and 1880’s two men, Eadweard Muybridge and Etienne-Jules Marey both were using photography to further the study of locomotion (or movement) of humans and animals. However, they both had different approaches and motives.

Muybridge was commissioned by the builder of the Central Pacific Railroad, Leland Stanford, to provide proof that when a horse galloped, there is a point at which it has all four feet off the ground. The quest was difficult. Initial use of a wet plate was too slow for to get a sharp image with the horse running at such a fast speed. Eventually, he found a way to “ripen” the emulsion by storing it for multiple days at high temperatures. This increased the effective ISO and so decreased the exposure time. He succeeded in freezing the motion better. Unfortunately, the results were still underexposed. He ended up retouching the underexposed images to bring out more details. This negatively impacted the public. They did not see the underlying work as legitimate. Even at the start of photography, people were quick to judge an altered image as “fake” or “untrue” no matter how slight the retouching.

Muybridge continued to modify his technique and eventually figured out a strategy. He put a white background up against the inner rail of a horse racetrack. Then, he put 24 individual cameras along the outer rail of the racetrack. He strung 24 individual wires, each connected to the shutter switch of a different camera mounted across the track. The idea was simple. When the horse ran past, it would break through the wires which would trigger the shutters in sequence. It worked. Muybridge did indeed prove that when a horse gallops, all four legs are off the ground. It looked far different than what anyone expected. People expected the images to confirm the form of children’s hobby horse toys; one where the horse’s legs are outstretched both in the front and back at the same time. The sequence of photographs proved that was not how a horse runs. The images clearly showed the suspension occurs when all four legs are tucked up under the horse’s abdomen. This breakthrough information encouraged Leland Stanford to commission Muybridge to repeat the study with other animals.

The breakthrough sparked many opportunities for Muybridge. In October 1878 the horse photos were reproduced as drawings in an issue of Scientific American. Readers were asked to cut out the strips and fashion them into a zeotrope. A zeotrope is a device that is basically a handheld, rotating drum. It has an opening on top with a slit for viewing the images inside. When the rotating drum is viewed through the slit, the images blend together creating the “persistence of vision” effect movies use today. The multi-picture image appeared animated. The novelty and popularity helped propel Muybridge to a career of traveling to lecture on the technique. He took a modified zoetrope with him. The images were made on glass instead of paper. By placing a light at the position of the rotating slit, Muybridge created one of the first motion picture projectors. The modified zoetrope allowed him to share the movement studies with his audiences.

The Photographer and the Artist

On one tour in Philadelphia, Muybridge met Thomas Eakins. Eakins was an artist. He’d used Muybridge’s horse photos as a reference guide in his paintings. Eakins encouraged Muybridge to further capitalize on making his techniques desirable to artists by including a grid or scale in the background of the photos. The grid or scale would help artists recreate scale and proportion. Eakins helped Muybridge secure a grant to expand his visual library of animals and humans in motion.

Muybridge switched from multiple cameras to an individual multi-lens camera with 12 shooting lenses and 1 viewing lens, allowing all of the images to be exposed onto the same plate. While Muybridge created a visual reference guide of motion, he wasn’t concerned with the scientific accuracy of the motion. He often rearranged the order of his images. Some from entirely different shoots. His goal was to create the effect of sequential motion. He grouped images in a narrative sequence that was often voyeuristic. He had multiple series of nude men and women performing gender conforming roles. Not surprisingly, his series with nude women comprised the greatest body of work.

Conversely to Muybridge’s lack of concern for scientific accuracy, Etienne-Jules Marey’s work had everything to do with science. He wanted his work to provide measurable, indisputable scientific facts regarding the locomotion of humans and animals. He wanted to know how movement happened, not what movement looked like.

To capture what he was after, Marey designed the fusil photographique or “photographic gun.” It was a camera with a rotating plate that could take separate images rapidly. It was similar to today’s motor driven cameras. His photo gun revealed a more accurate documentation of movement. Marey exposed these all on the same plate so it would be easier to digest all of the information. Marey’s techniques propelled the use of the camera forward from a tool that captured a single moment, to one that takes a flow of photos that record sequential movements.

Marey’s work had different applications than Muybridge’s for artists. Marey’s work became influential in physical training programs. Corporations used results of his motion studies to make assembly lines more efficient. His camera and the way he used it became one of the foundations of the budding motion picture industry.

Click to read more columns about The History of Photography.

Can’t wait to read them all!

Can’t wait to read them all! 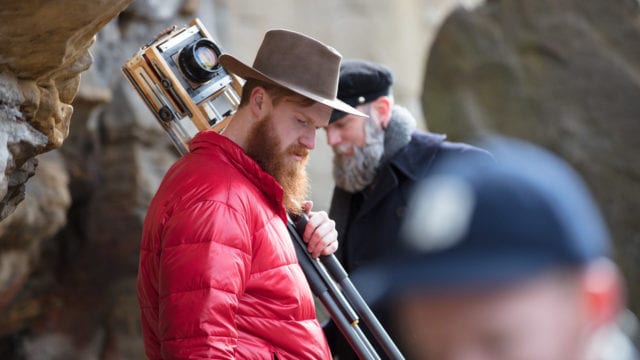 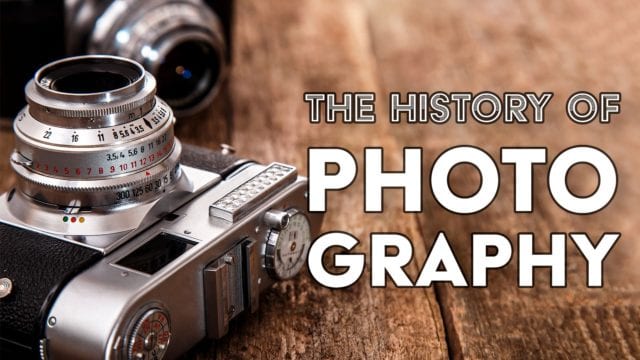 History of Photography: The Stieglitz Group

History of Photography: The Photo-Secession Movement

History of Photography: What is Pictorialism?

History of Photography: An introduction to Alfred Stieglitz 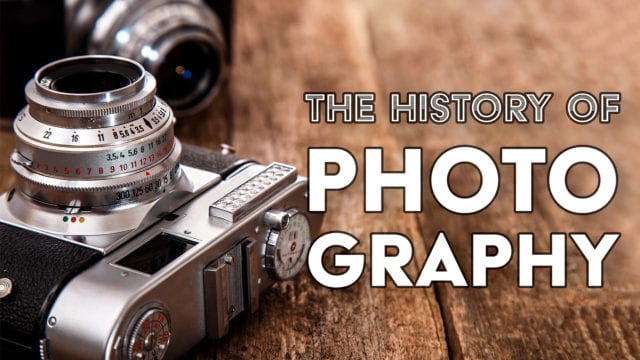 History of Photography: Advances in Technology for Negatives

History of Photography: The Stieglitz Group

History of Photography: The Photo-Secession Movement

History of Photography: What is Pictorialism?

History of Photography: An introduction to Alfred Stieglitz

VISIT OUR HOLIDAY SHOPPING GUIDE
We use cookies to ensure that we give you the best experience on our website. If you continue to use this site we will assume that you are happy with it.OK